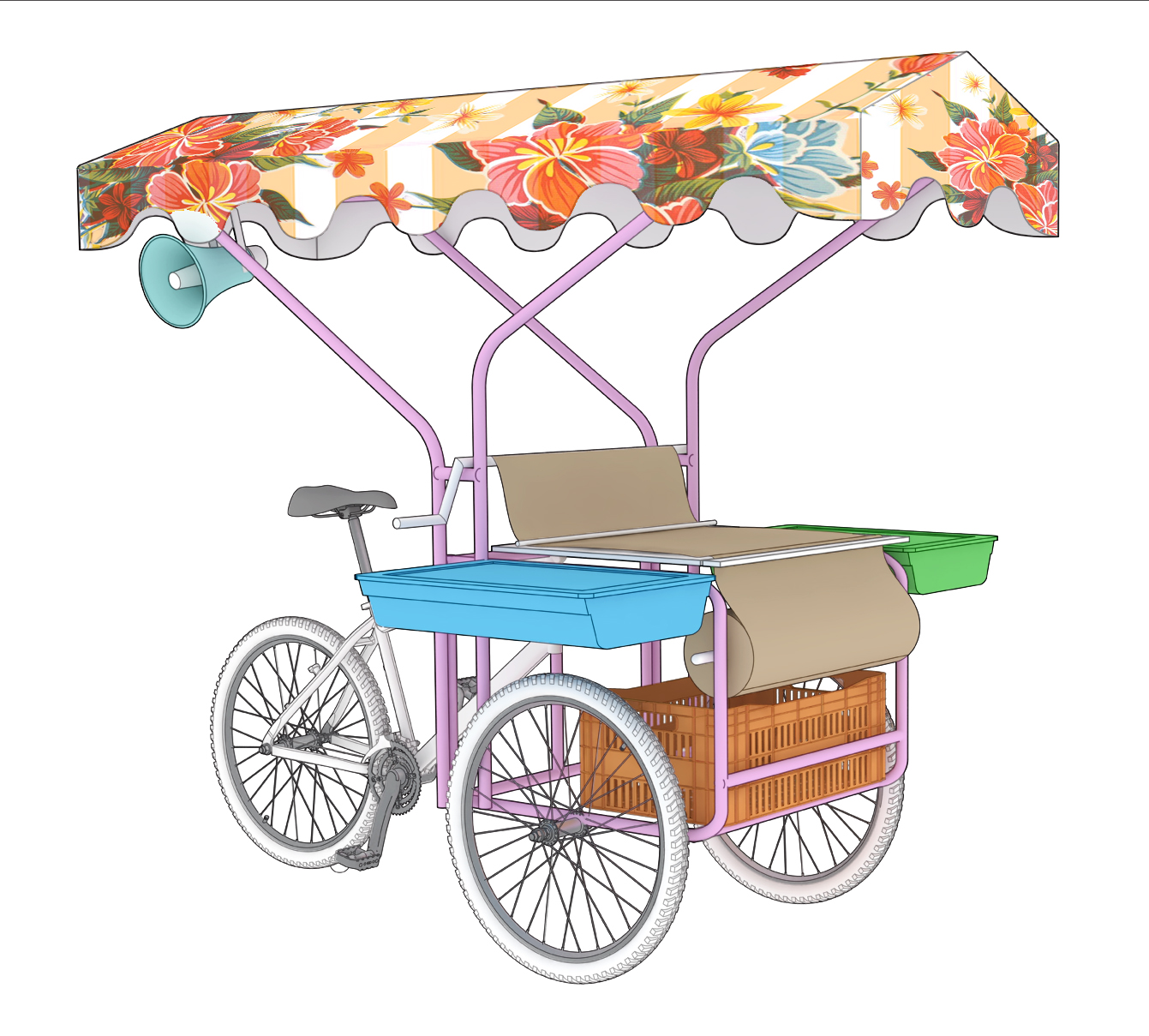 In Mexico City, a cacophony of sounds will come to your window from dusk till dawn. Merolicos—distinctive chants, recorded songs, and particular chimes—announce the commodities of roaming merchants or ambulantes. Locals recognize the whistle of the knife-sharpener, the triangle signaling gas delivery, the pre-recorded drone broadcasting tamales, and the terrify shriek of steam indicating that sweet plantains are nearby.

These vendors carry their wares in retrofitted tricycles and ad hoc push-carts—weaving through traffic, lining sidewalks, and turning parks into impromptu marketplaces. They blanket the city with a vast, informal, mobile market that crisscrosses Mexico City’s sharply segregated communities. One of the city’s biggest ailments, marginalization and segregation, are exemplified through neighborhoods “far away so close”—sitting just across the avenue from each other, yet living in drastically different worlds.

Exquisite Triciclo infiltrates these divided communities, doing so by appropriating the idiosyncratic cargo tricycle and hacking into the ambulantes’ roaming sales network. Rather than selling tamales or drinking water, it turns this tool of commerce into a mobile stage, a public easel. Inspired by the surrealist parlor game of creating “exquisite corpses” the Triciclo endorses co-creation as a way to know thy neighbor. 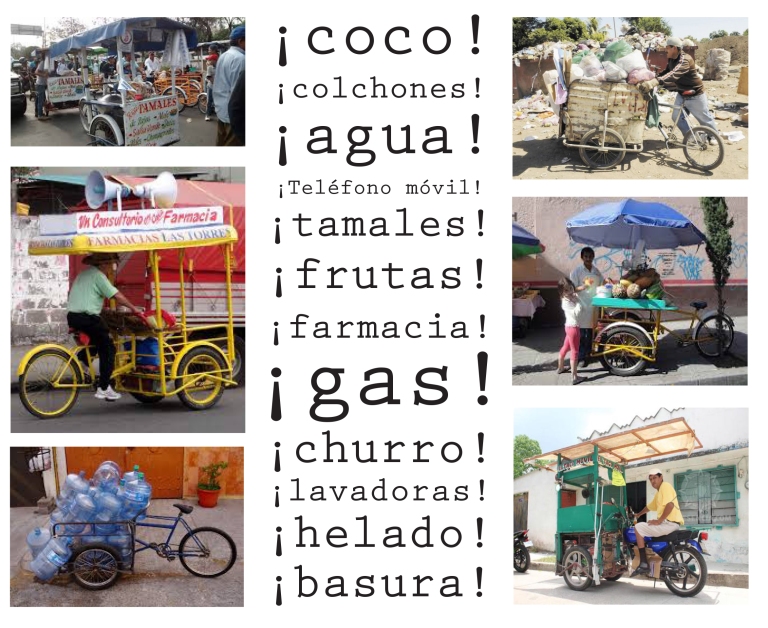 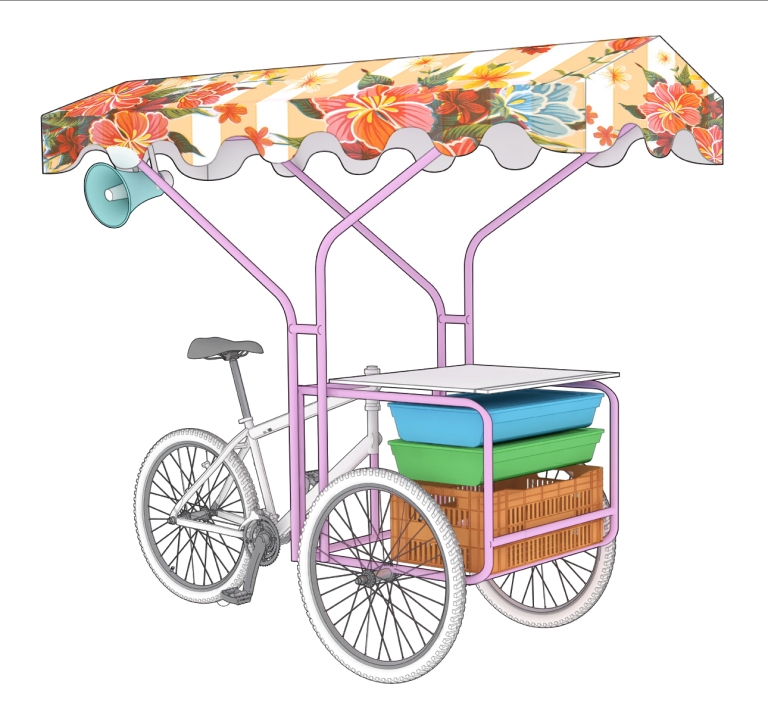 Exquisite Triciclo makes stops outside schools, cantinas, tortillerias, eateries and parks as well as locations unique to the area: tribunals, hospitals, universities—making no distinction between young or old, residents or passer-by’s. Its recorded merolico is sung by a local celebrity sonidero (voice artist) who now works as a watchman over artwork at the Tamayo Museum. This song beacons all to come play and create.

Equipped for collaborative creation in a variety of media—written, spoken, sculpted, recorded—the Triciclo plays out the personal, social and cultural anxieties of the users it gathers by allowing uncensored and unguided communication. Like in the exquisite corpse game, the trace left by the previous user merely serves as prompt, weaving together narratives without imposing theme or structure. 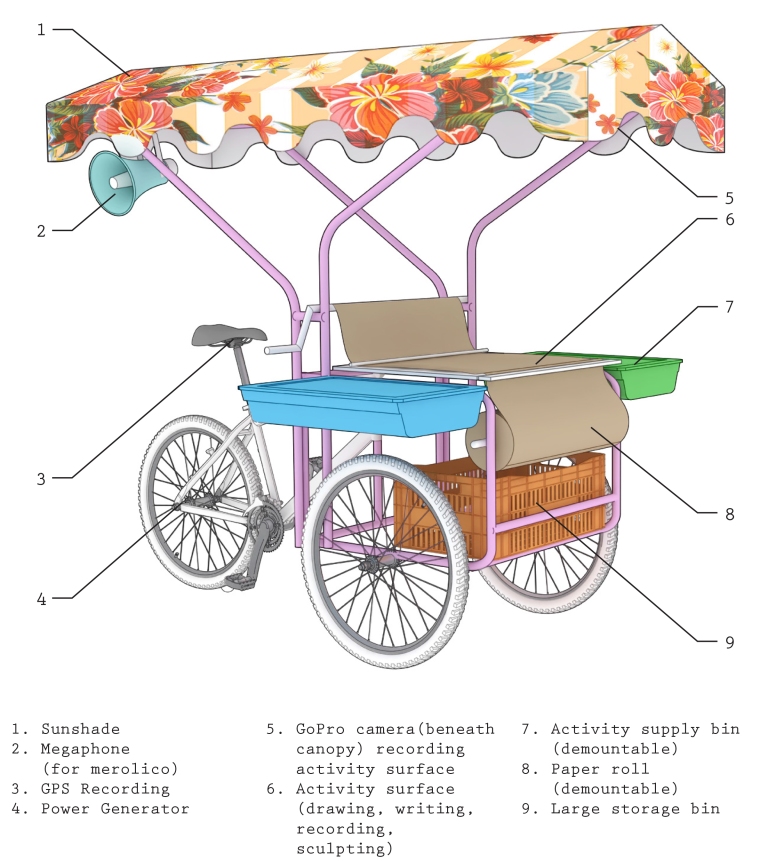 Besides its analog output, Exquisite Triciclo is outfitted with GPS, a Go-Pro camera and a “Smart Pen,” registering contrasting aesthetic and idiomatic differences pertaining the residents of each neighborhood.  These devices keep a navigable digital record, as well as a tangible physical one, to be exhibited. The Triciclo’s added technology is powered through its pedaling thanks to a generator installed on the rear wheel. 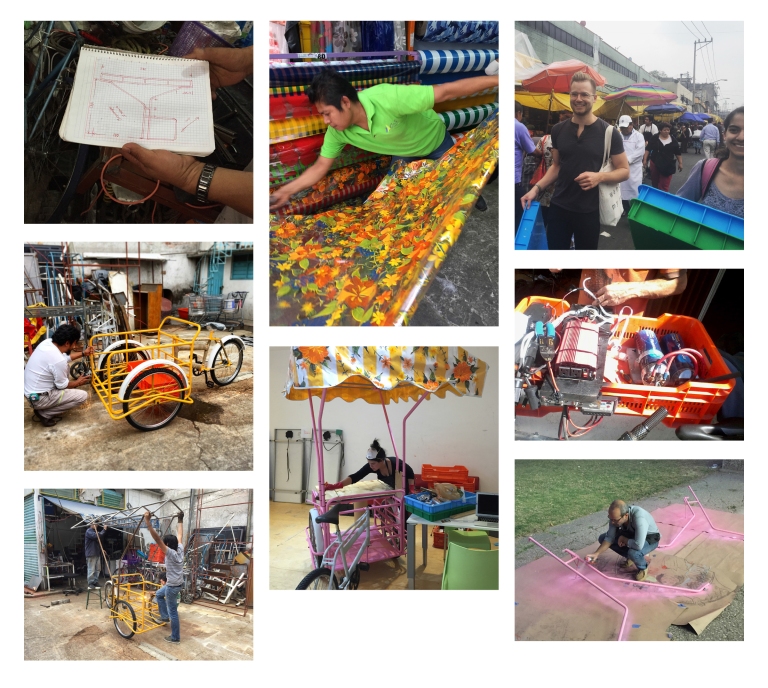 Methods of fabrication are meant to serve as an easily replicable model for the region—the tricycles of Mexico City are personal machines, pimped and decorated by their owners to attract attention.  Exquisite Triciclo reflects its spirit in its making: gathering the knowledge and input of a diverse group of designer, fabricators, and community members to create a ludic instrument, from creation through use. 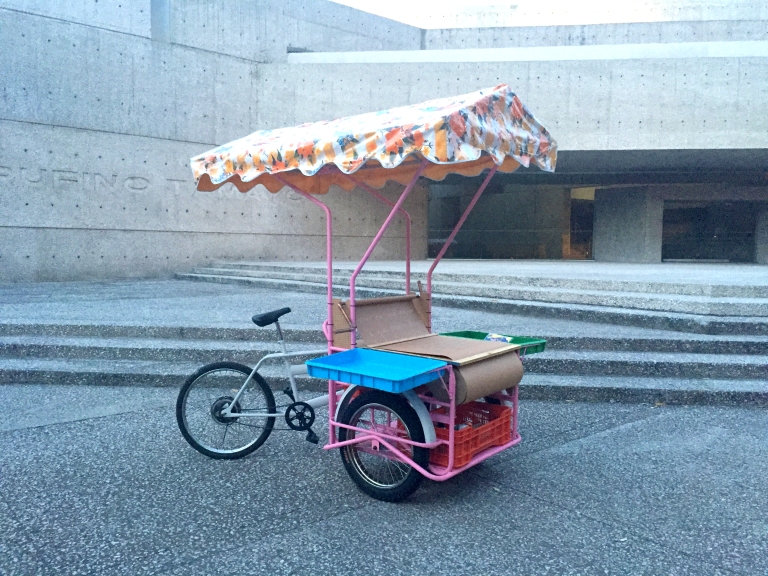